Customize the use of your personal data
Menu
Account 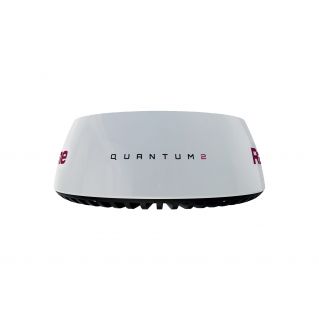 Thanks to advanced Doppler processing, the system immediately highlights the radar contacts and assigns them colour codes to indicate whether they are incoming or outgoing. With the Doppler Quantum, it is easy to distinguish potentially dangerous targets when navigating in areas of high affluence.

HOW DOES DOPPLER RADAR WORK?

Microwave energy waves are sent back by a remote target, just like traditional radars. Moving targets return echoes whose frequencies are moved up or down from what was originally transmitted. For incoming targets, the frequency increases because the leading edge of the return echoes is received more often as the target gets closer. For outgoing targets, the frequency drops because the return echoes are spaced as their distance increases. Doppler radars are designed to detect these small changes in wave frequency, and use them to classify moving radar targets.

Colour-coded targets make it easier to detect moving traffic compared to other fixed targets, such as land, aids to navigation, or stationary / anchored ships.

The Quantum 2 also has a fully automatic target acquisition and tracking system. Set up custom security or alert zones and be notified of new radar contacts entering the zone. Quantum 2 can automatically start tracking these contacts, calculate their path, speed, closest approach point, and so on. You will be notified of dangerous contacts by sound alerts and graphic elements easy to understand on the screen.

The Quantum 2 also features Raymarine's new True Trails target history display. True Trails features let you see the "wake" history of each mobile contact. This additional information further facilitates the interpretation of the movement of other vessels and allows safe manoeuvre decisions to be made.
Technical characteristics
Top of page